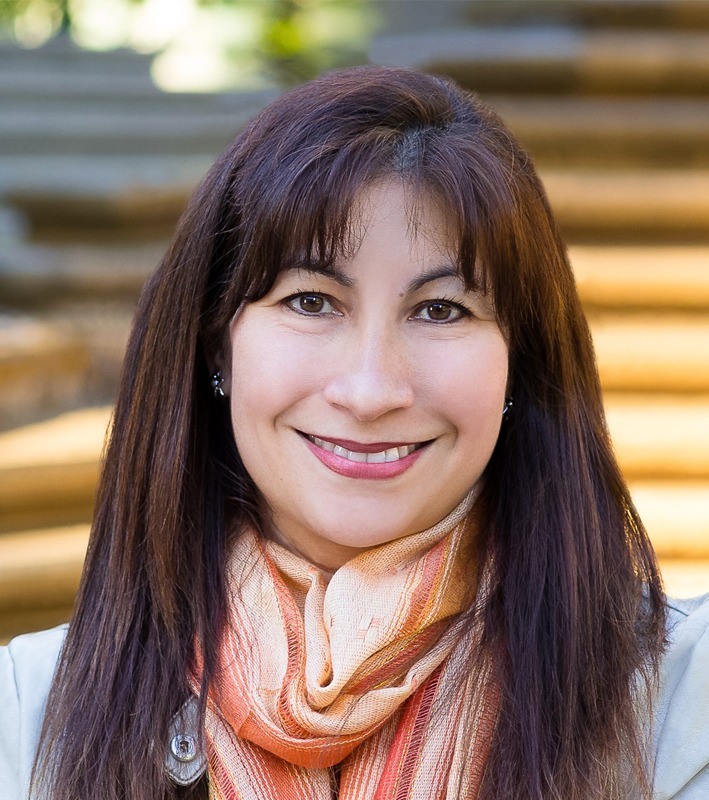 Back to our Team

Hellen is an ATIA-certified Spanish translator and interpreter. She holds a bachelor’s degree in translation and interpreting, has 25 years of experience in the industry, and has been the president of ATIA for five years. Her experience brings a solid foundation to the training, interpreting and translation components of WWB. Working for our offices in Calgary and Edmonton, Hellen’s goal is for WWB to be the company of choice for local stakeholders and international business, recognized by its quality in the translation industry.

Hellen Martínez is an English-Spanish Certified Translator and an Associate Community Interpreter member of the Association of Translators and Interpreters of Alberta (ATIA). She holds a bachelor’s degree in Translation and Interpreting in Spanish, English and French, a Certificate in Marketing Management and a Certificate in Professional Editing. Hellen has almost 30 years of experience working in the translation industry. Hellen came to Canada in 2001. She started her career as a translator in her native Peru, where she worked for the Ministry of Energy and Mines, and several Peruvian, American and Canadian engineering companies. She specialized in the area of technical translation, particularly in civil, mechanical and environmental engineering. After becoming a Canadian certified translator in 2004, Hellen started working for the oil and gas industry, translating for companies such as Atco, Transcanada and SNC-Lavalin, to cite a few. She also developed in other sectors, such as agriculture, law and health, working for the provincial courts and other institutions. In 2006, Hellen gathered a team of highly qualified translators to complete an environmental impact assessment, translating more than one million words in six months. In 2012, Hellen and her team participated in a high-profile translation project, translating more than three million words of technical, commercial and legal documents. In 2008, Hellen was the interpreter to former Premier of Alberta, Hon. Ed Stelmach, for the Twinning Agreement between the Government of Alberta and the Government of Jalisco, Mexico, where she obtained outstanding feedback on her performance.

In 2007, Hellen became the vice-president of ATIA, and from 2011 until 2016, she served as the president of the association. During her tenure, she developed two new categories of interpreters, upgraded the admission process, and established a strong relationship with community stakeholders, to make Alberta count with qualified translators and interpreters.

Hellen was the official Spanish translator for the Government of Alberta as part of a collaborative team of translators in different languages. This team was entrusted the task of translating a wide range of documents with the goal of including the diverse and multicultural community of our province.

Hellen is an interpreter highly appreciated in the courts, and has been congratulated for her performance by judges and attorneys alike. She works as a consecutive and simultaneous interpreter for the courts in Calgary.

Hellen lives in Calgary with her husband and her two children.

This website uses cookies to improve your experience while you navigate through the website. Out of these, the cookies that are categorized as necessary are stored on your browser as they are essential for the working of basic functionalities of the website. We also use third-party cookies that help us analyze and understand how you use this website. These cookies will be stored in your browser only with your consent. You also have the option to opt-out of these cookies. But opting out of some of these cookies may affect your browsing experience.
Necessary Always Enabled

Any cookies that may not be particularly necessary for the website to function and is used specifically to collect user personal data via analytics, ads, other embedded contents are termed as non-necessary cookies. It is mandatory to procure user consent prior to running these cookies on your website.